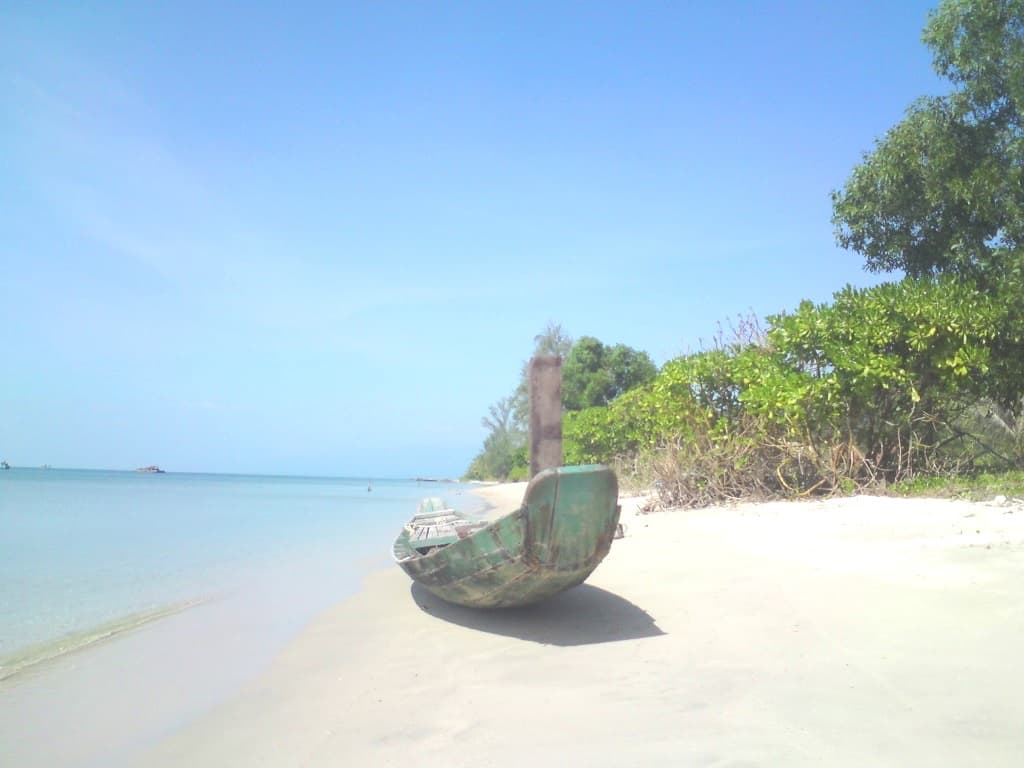 These two seldom-visited beaches lie in the island’s remote north. Thick tropical jungle covers the hills here as they drop down to meet the pristine waters of the Gulf of Thailand. On each of these shimmering beaches, both accessed via meandering dirt roads through dense foliage, there’s a rustic fishing village, totally undisturbed by tourism. Quiet and calm, the beaches are lovely and the backdrop of forested hills is spectacular. However, these are ‘working’ beaches so there’s a fair amount of fishing-related debris around, some of which is picturesque, such as the rotting hulls of abandoned wooden vessels, but some of which is unsightly, such as polystyrene boxes, discarded fishing nets and general trash. For the time being there’s no accommodation at either beach.